The Napoleonic Invasion of Egypt
(Click on the images to enlarge) 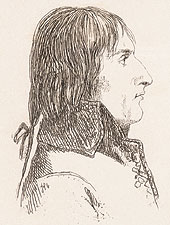 On July 1, 1798, Napoleon landed in Egypt with 400 ships and 54,000 men and proceeded to invade the country, as he had recently invaded Italy. But this Egyptian invasion was to be different. For, in addition to soldiers and sailors, Napoleon brought along 150 savants — scientists, engineers and scholars whose responsibility was to capture, not Egyptian soil, but Egyptian culture and history. And while the military invasion was an ultimate failure, the scholarly one was successful beyond anyone’s expectations.

Meticulous topographical surveys were made, native animals and plants were studied, minerals were collected and classified, local trades and industry were scrutinized. Most famously, ancient Egypt was discovered — the temples and tombs of Luxor, Philae, Dendera, and the Valley of the Kings. Each of these sites was measured, mapped, and drawn, recording in meticulous detail a pharaonic Egypt never before glimpsed by the outside world.

But how was the outside world to see what the scientists had discovered? Fortunately, the savants decided, before they had been in Egypt for even six months, that their discoveries had to be published, and they collected and sketched with that aim in mind. After their return to France in 1801, they continued to organize materials, and finally, in 1809, the first volumes of the Description de l'Égypte were published. Over the years, concluding in 1828, a total of 23 volumes would appear. Three of these were the largest books that had ever been printed, standing over 43 inches tall. The total set contained 837 engravings, many of them of unprecedented size, which captured Egyptian culture from every possible vantage point.

The most impressive were surely the volumes of antiquities, spilling over with obelisks, colossi, temples, sphinxes, and all manner of artifacts. But the volumes on natural history were also impressive, with their crocodiles, asps, lotuses, and palms. Never before had a single country inspired such a monumental encyclopedia of such depth and splendor. 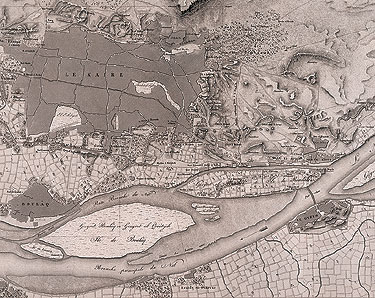 ^ Back to the Top

This exhibition is made possible with the generous support of the J.E. Dunn Construction Company.

Learn About the Expedition by Topic